At HERE, it’s no secret that our biggest (paying) customers are other businesses: car manufacturers, fleet managers, systems integrators, logistics companies and lots of others use our platform and content to power location in their products and services.

Another possibility that’s emerging is the ability to help advertisers get the best return-on-investment for their money spent on outdoor, billboard advertising.

Check it out in this video.

Let’s say you’re buying outdoor advertising space for a brand and have a choice of thirty billboards in a foreign city. Which ones should you choose for your campaign?

The answer is normally, “I have no idea.”

However, what if we create a visualisation of the city which shows exactly how many people pass by each of the possible locations in real time, analysed into day and time?

You could then see at a glance which billboards get the most views. 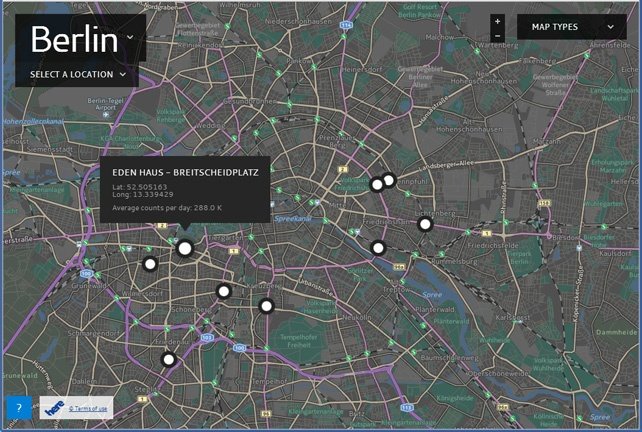 Not only that, but you can also get an idea of the type of area the billboard is in. A site that gets busiest on Friday and Saturday evenings is probably an entertainment area for young people. If it’s busy around 9 and 5pm on weekdays, then maybe an office area. You can also understand a little bit about where those people are coming from and going to.

This is particularly important if your advertisement is targeted towards a particular demographic. An area that’s clearly for younger people might not be the best place to advertise your pension plan, for example. 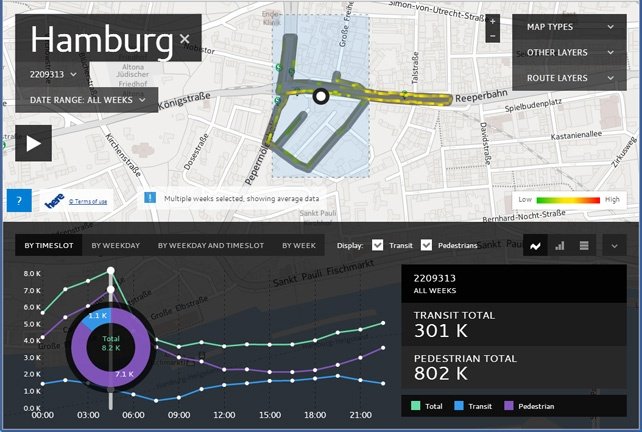 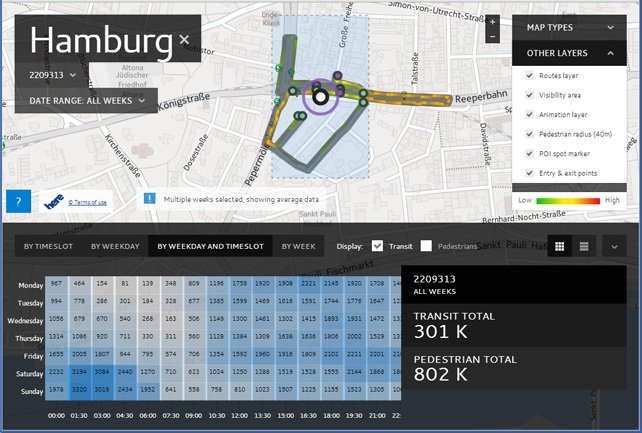 After building these location analytics for billboards with our platform, we tested them with a leading mobile phone network. They use the information generated by mobile signal connections to nearby masts to generate raw figures, then it’s visualised on our maps.

At the moment, we're still developing and testing this tool, but we're already thinking at future evolutions might allow the solution to identify the type of phone used by each person entering the area, and thus create an idea of the crowd’s economic status. That information is very important to some advertisers: a luxury car brand, for example, might want to match its advertising sites to areas where lots of people carry high-end smartphones.

We’re still a long way off from the scene in Minority Report where the adverts address Tom Cruise personally, though. None of us want that. As with all the data we collect, we’re interested in the aggregate meaning, not individual activity.