The driverless car's marine sibling: rise of the unmanned boat

The driverless car's marine sibling: rise of the unmanned boat

While research into driverless cars has captured the imaginations of many tech enthusiasts, what has been relatively neglected is its marine equivalent.

Autonomous vessels, if they move along the surface as opposed to under water, are known generally as marine autonomous systems or MAS for short. These are already in existence and have a whole range of uses, from marine research to shipping to defence. 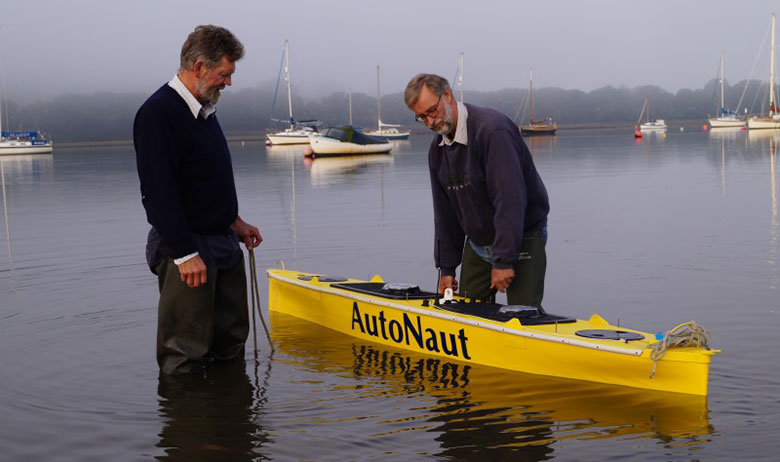 We decided to delve a little deeper into this burgeoning area of research and spoke to Commodore James Fanshawe CBE, who is heading up a group to establish a regulatory framework for MAS.

Is an MAS really equivalent to a driverless car?

Cdre Fanshawe says, “In that there are no people in the vessel then yes and we are certainly looking across various sectors including transporter shore cars…to learn lessons but the requirements for a vessel are obviously different due to being at sea.”

There are various projects under way internationally but one area where they are coming on leaps and bounds is in the world of marine biology. The National Oceanography Centre, which is based in Southampton, UK, has already carried out two successful missions to gather valuable information on ocean processes and marine life using a fleet of innovative marine robots.

Included in this fleet is the AutoNaut, an MAS created by MOST (Autonomous Vessels), a company which is chaired by Fanshawe. The AutoNaut is controlled by satellite navigation and powered by solar and wave power which means it has zero emissions making it harmless to the marine life it is researching. 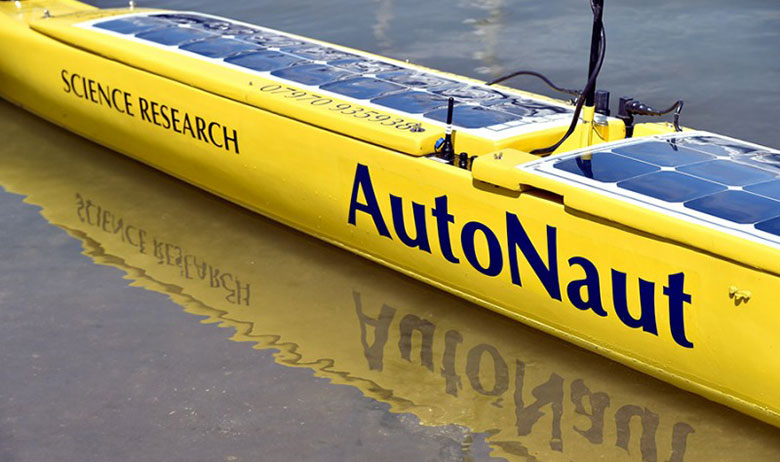 But unlike autonomous cars, however, MAS are still controlled by a pilot, albeit remotely, who can navigate the vehicle via satellite and with the aid of other readings – such as meteorological data – to safely guide the vehicle. In other words, remote pilots play the same role in autonomous boats as HD maps play in autonomous cars.

What are autonomous boats good for?

As well as scientific research, such as monitoring the acidification of the ocean, a vessel like the AutoNat has various other applications. For example, it could be employed for detecting mines.

Defence is another key area where autonomous boats could prove beneficial. Last year, the US Navy unveiled its autonomous swarmboats - a fleet of self-driving boats that can surround and overwhelm an enemy vessel or, alternatively, surround and protect their own manned vessels in case of attack.

In Europe, research is under way into autonomous vessels in the commercial sector. Another catchily titled project, Maritime Unmanned Navigation through Intelligence in Networks, (MUNIN) is developing an autonomous ship concept. On its website MUNIN defines this as “a vessel primarily guided by automated on-board decision systems but controlled by a remote operator in a shore side control station.”

This could mean that in the future shipping is carried out remotely, i.e. an onshore operator will oversee a largely autonomous and unmanned ship. By removing the potential for human error, shipping could become far more precise and boost the environmental performance of the ship. Shore side operation of container ships would also make seafaring a far less antisocial job, traditionally so due to long weeks away at sea. 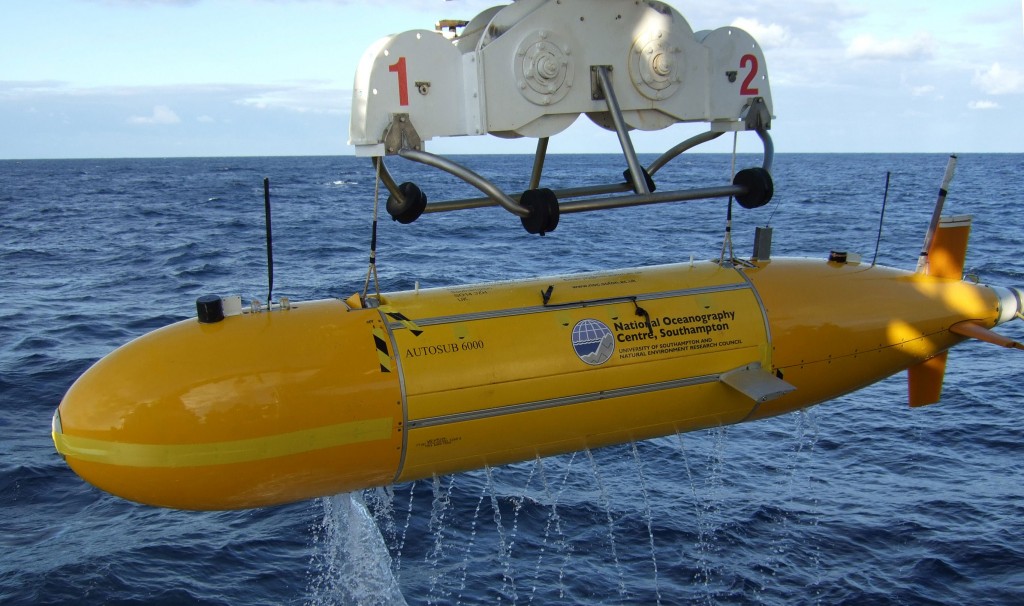 Due to this steady rise in autonomous vessels, the UK Marine Industries Alliance set up the Maritime Autonomous Systems Regulatory Working Group, also chaired by Fanshawe, which seeks to establish a regulatory framework for MAS.

Fanshawe explains, “The UK realised they needed to think very hard about how these types of vessels would fit into the overall picture at sea. I will stress that there are many procedures and systems already in place which of course are now being employed by those who are already operating these vessels at sea but there is a fundamental need for the community who are operating MAS to do so safely, and to reduce risk to an absolute minimum to others on the high seas.”

He continues, “We are trying to avoid the need to provide new regulations because that would be unpopular across the community who use the sea but we are aiming to make sure that these vessels fit into and find their place in the existing environment.”

In considering the equivalence between autonomous vessels and their car counterparts there is one big difference: autonomous cars are being created for the private owner whereas MASs are not.

As Fanshawe points out, what would be the point of owning a small private motorboat, say, if you didn’t pilot it yourself ? People who buy boats by and large enjoy sailing. A car, on the other hand, serves a largely practical purpose: taking you from A to B and it is within this context that vehicle autonomy is highly desirable.

Despite this, Fanshawe believes it entirely possible that unmanned vessels will be adopted by various sectors from commercial to defence to scientific in the next few years. But what do you think? Do you see the benefits of autonomous vessels? Or will it take the fun out of seafaring? Let us know in the comments section below.