Last week, technicians from HERE and Audi met with journalists to demonstrate the latest advances in autonomous car technology at the Audi TechDay Connectivity event at Munich airport.

As with the Audi Autonomous Driving Cup event, back in March, 1:8 scale model cars were used to show the vehicles’ capabilities.

The cars were able to reliably find their own way around the track using a combination of technologies, as the video below shows.

“What we wanted to demonstrate is technology that’s really based upon functionality that HERE provides. The map and the cloud capabilities. It’s the next step from what we showed at the Autonomous Driving Cup,” says Audi’s Lars Mesow.

The track was mapped by HERE and that HD map was the main method used for navigation, supplementing that with sensor information to add the position of other vehicles and other temporary objects.

Jani Käppi, lead engineer for the programme at HERE, tells us: “The cars are now driving more autonomously. They have full map planning and can recalculate routes to drive wherever they want. We’ve added an Ultra-Wideband (UWB) location system – it’s like GPS indoors.”

The UWB system allows the cars to find their location on the track to within 1-2cm, and thus stay in lane and perform complex manoeuvres without incident.

One great example of such a manoeuvre shown during the event is autonomous and co-operative parking. Lars explains:

“The car detects the status of known parking bays and works out if they’re empty using onboard sensors. It transfers this information to the Cloud and, in real-time, other cars receive updates on where there are empty parking bays. Other cars can take that information and find the empty bays using the information from the Cloud. Also things like traffic signs, obscured view or loss of traction can be detected and shared accordingly” 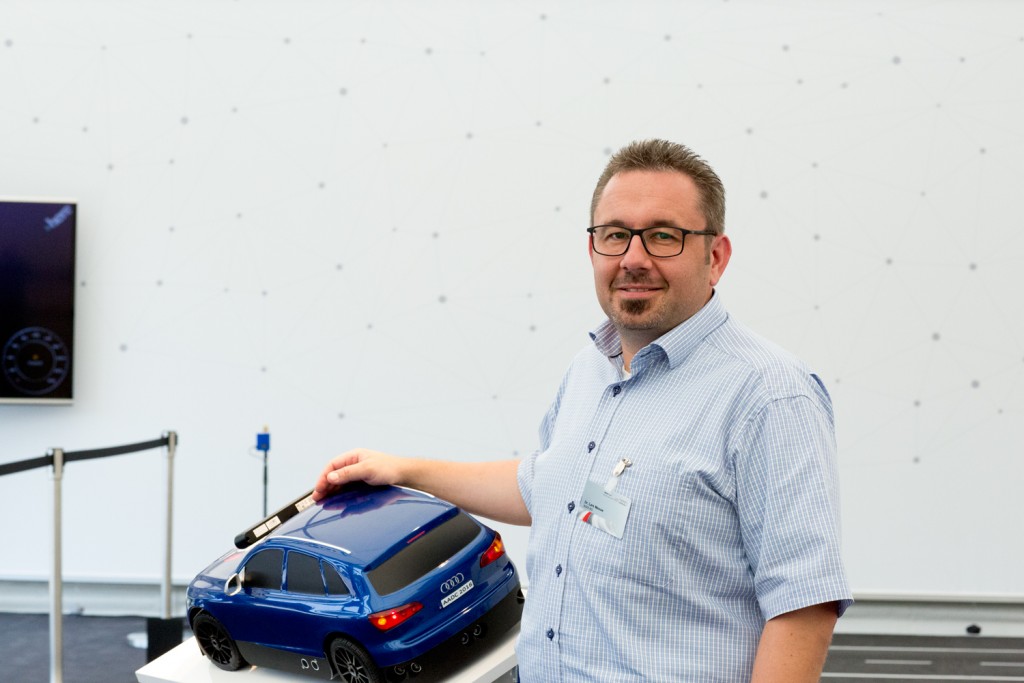 Why not demo with full-sized vehicles? Lars tells us that building the functionality into actual Audi cars would be wasteful for what might be short-lived demo models. The technology moves forward very quickly, as readers will be aware.

It’s also about being able to see what’s going on. Having the track and the cars together in a relatively small space allows observers to see and understand the way the cars react to the track, other moving objects and their use of the HD map in a much more effective way.

Jani adds that the reduced size sadly didn’t make the level of challenge any smaller: “It’s like a real car – it has a lot of sensors – it’s a pretty complex thing.”

So how long until we can expect to be riding in our own (full-sized) autonomous cars? Lars believes that it’s an ongoing process of evolution.

“From a technology point of view, we are very close to autonomous driving. But there’s no Day X when the work is done – it’s an ongoing process. That process started with assisted functions like lane detection. And more functions are being added all the time.”

“In the end it’s a question of safety – it must be really safe: more reliable, and more safe than existing human drivers.” 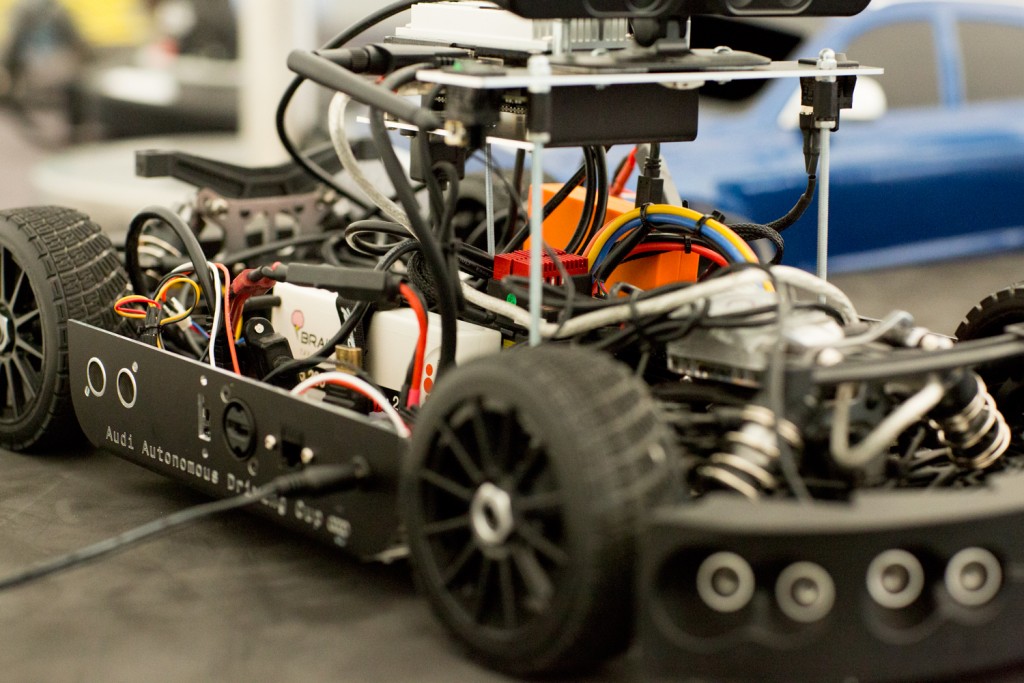 A look inside the autonomous car

“That’s not easy from a technical standpoint: you have to detect lanes, other vehicles, pedestrians. If something goes wrong – let’s say the detection fails – you can’t do nothing. Your car has to react somehow. So there needs to be a ‘system in the system’ that’s looking out for errors and making plans for what to do if that happens.”

“Even if we’re asking the driver to take control at the wheel again, there needs to be a window – maybe ten seconds – where the car is still in control while the driver is reacting to that request.” 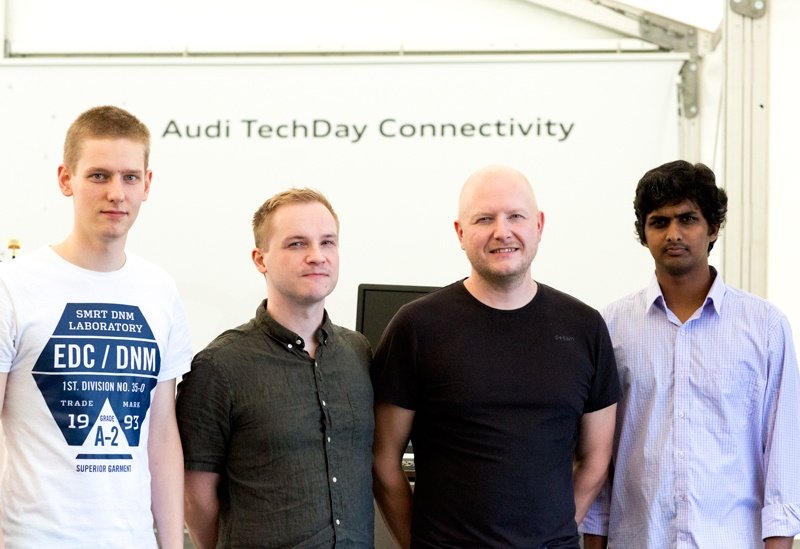 The next Audi Autonomous Driving Cup – starting next summer – will see a switch in focus, Lars tells us:

“Previous events focused on the development and implementation of mathematical models and algorithms: what you might call ‘the classical model of autonomous driving.’ In the next event, there’ll be a switch in focus to artificial intelligence. Audi has been quite active in this area, but we’ll be very interested to see what the university students can add to our understanding.”

How do you think artificial intelligence might improve what we can do with autonomous cars? Let us know in the comments.